THE PALACE OF CULTURE

The 40th anniversary of the coronation of Franz Joseph I of Austria, King of Hungary brought a new bill regarding long-term loan for provincial cities to build (or re-build) their town halls. Thanks to this bill, the Palace of Culture was constructed on the request of mayor György Bernády.

The ”Franz Joseph Cultural House” was built by Marcell Komor (1868-1944) and Dezső Jakab (1864-1932). The architect duo planned the town hall (completed in 1908) and two other buildings that were never constructed: the Maros-Torda Country Court House and the Municipal Theatre building. The Culture Palace initially was planned as a two storey building, but mayor György Bernády persuaded the architects to add an additional floor (despite the fact that the construction had already started at that time). The local musical school had to move into the new building and the initial parameters proved too small for the school to fit in.

The exterior and interior decorations are the work of the members of the Gödöllő Artist’s Colony. Aladár Körösfői-Kriesch painted the lobby decoration – similar to the English Pre-Raphaelite art, and, because of its simplified forms and strong contours, to the Japanese style woodcuts. Körösfői-Kriesch designed the 920×320 cm giant mosaic of the façade. The mosaic was crafted by Miska Róth in his Budapest workshop. The Mirror Hall’s stained glass windows, designed by Ede Toroczkai Wigand and Sándor Nagy, were also manufactured in Róth’s workshop. The stained glass windows were exhibited in Budapest in 1913. Only after the exhibition closed, were the windows transported to Târgu Mureș in the autumn of 1913.

In the right wing of the Palace the local music school (functioning since 1907) was accommodated, whereas the right wing has been home to the County Library since 1913. Additionally, in 1913 the Gallery and the language school also moved into the new building. The organ has been set up in the concert hall. Today, the organ is one of the largest in Central Europe. The organ is special, because it ‘survived’ all the renovations of the last century. Its original pipes still function perfectly: the most notable are the Vox Humana, which imitates the human voice and the Unda Maris, imitating the sea waves.

The concert hall housed the city’s first movie theatre between 1913 and 1957, the first Romanian Theatre School between 1934 and 1940, the State Theatre between 1946 and 1973, the Fine Arts and Music Secondary School between 1949 and 1970, the Academy of Fine Arts between 1932 and 1949 and the County House for Guidance of Folkloric Creation between 1950 and 1999. The Palace’s second floor accommodates the Bernády Gallery and the collection of works by Romanian modern artists. This is where the visitors can admire mayor György Bernády’s office or visit the stained glass window exhibit. 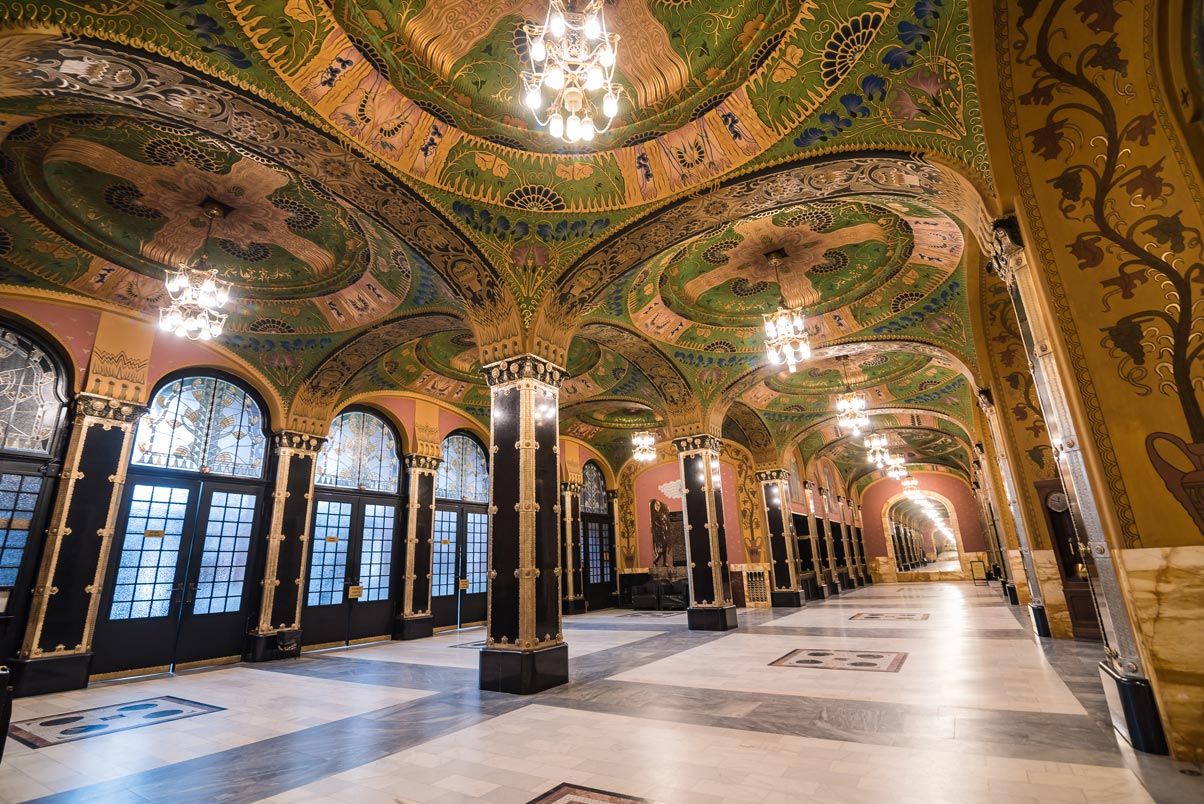