Founded by the Romanian Government in 1950 through the efforts of exceptional musicians such as Zeno Vancea and Kozma Géza, for seven decades the Târgu Mureș State Philharmonic has been dedicating its entire activity to supporting all branches of symphonic music in order to enhance the taste for beauty of the local people. From its beginnings until now, the Philharmonic has had a wonderful audience; a demanding but very warm audience that has always rewarded the efforts we make in promoting the true values ​​of the art of sound.

Throughout our existence, we have enjoyed the direct support of the Mureș County Council, which provides us with the material and financial base necessary for the proper functioning of the institution.

The prestige of the Philharmonic and the ever increasing popularity over these seven decades  is  due to the competence, professionalism and commitment of the musicians of the three artistic groups: Symphony Orchestra, Mixed Choir and String Quartet, groups that through passionate activity and dedication perform a varied, complex and attractive repertoire, with works belonging to the international and local musical repertoire from all stages of music history, including the contemporary repertoire.

The Mureș, multi-ethnic, multi-cultural and multi-religious space has always been attractive for remarkable personalities from all areas of the artistic life, including renowned musicians who have dedicated a large part of their time to giving pleasure, through their art, to the music lovers in this area.  It is not surprising that world-class musicians such as Pablo Casals, George Enescu, Béla Bartók, Jan Kubelik, Ernő Dohnányi, Carlo Zecchi were always eager to return to Tîrgu Mureș.

An extremely important role in the evolution of the Symphony Orchestra was played by the permanent conductors Kozma Géza, Remus Georgescu, Szalman Lóránt and then Cristian Mandeal, one of the most famous contemporary Romanian conductors. For the past 20 years, the list of guest conductors has been complemented by Shinya Ozaki, Franz Lamprecht and Alexandre Myrat. Starting in 2019, the young Russian conductor Anton Shaburov became the principal guest conductor of the Orchestra.

At the helm of the Mixed Choir have been well-known musicians such as conductor Lóránt Szalman with a decisive role in the formation and activity of the first years of the ensemble, followed by Gyula Szarvady, Elemér Fejér, Judit Birtalan, Dumitru Buzoianu and Vasile Cazan.

The extremely successful tours performed by the Symphony Orchestra and the Mixed Choir in recent years and those of the “Tiberius” quartet have demonstrated the artistic strength and level achieved by the Philharmonic.

Mention should also be made here of the work of the directors of the institution during its history: Dr. László Birek, Zsuzsánna Antalffy, Dénes Kovács, Endre Székely, Mátyás Kozma, Aladár Zoltán, Lóránt Szalman, Valeriu Maior, Boldizsár  Csíky and Vasile Cazan , each of them making a significant contribution to raising the artistic level, its good organization and functioning.

The professionalism of the 1980s under the guidance of the outstanding concertmaster Iuliu Hamza was then consolidated for two decades by the late László Alexandru, and today two talented young concertmasters: Béla Péter and Roxana Oprea contribute with their enthusiasm to the daily work of this prestigious, rejuvenated and highly professional artistic collective.

It is also gratifying that in 2008 the “Tiberius” String Quartet was established, a quartet of the Philharmonic and which, in addition to the seasonal concerts, responds to invitations to official events organized by the authorities: County Council, Prefecture, City Hall and other public institutions.

The Târgu Mureș State Philhamonic boasts, besides the orchestra, choir and string quartet other chamber ensembles, as well, like: the Woodwind Octet, the Brass and Percussion Ensemble, the Trombone Ensemble, the Brass Quintet, the male vocal group “Cantuale”.

The four big annual festivals: the Entertainment Music Festival, in January; Târgumureș Music Days, in May; The International Music Festival “In memoriam Constantin Silvestri”, in October and the Festival “Musica Sacra”, in December are highlights of each season.  The extraordinary and special concerts on the occasion of these events of every season are added to the weekly concerts that take place every Thursday from 7 pm. On other days, usually on Tuesdays or Sundays, chamber or choral concerts take place, some of them being held in other locations in the city and in the county: churches, schools, universities, other institutions. An invaluable asset is also the regular event of the educational concert season, which started with the establishment of the Philharmonic. From the beginning until today, the thematic presentations of these concerts are made in Romanian and Hungarian.

In the last two decades, thanks to the good collaboration we have with the Vocational High School of Art, our talent nursery, the presentations are made by Ana Poroșnicu, Carmen Mihăescu, Dorina Pop, Kovács Zsuzsa, Carla Gliga and Fülöp Klára, teachers at this important educational institution in our city. The success of these concerts, due to the interest shown by Târgu Mureș students is a guarantee that through the permanent activity carried out by the Philharmonic, in this wonderful geographical and cultural space there will be new generations of musicians and music lovers who will appreciate and love the noblest art: MUSIC. 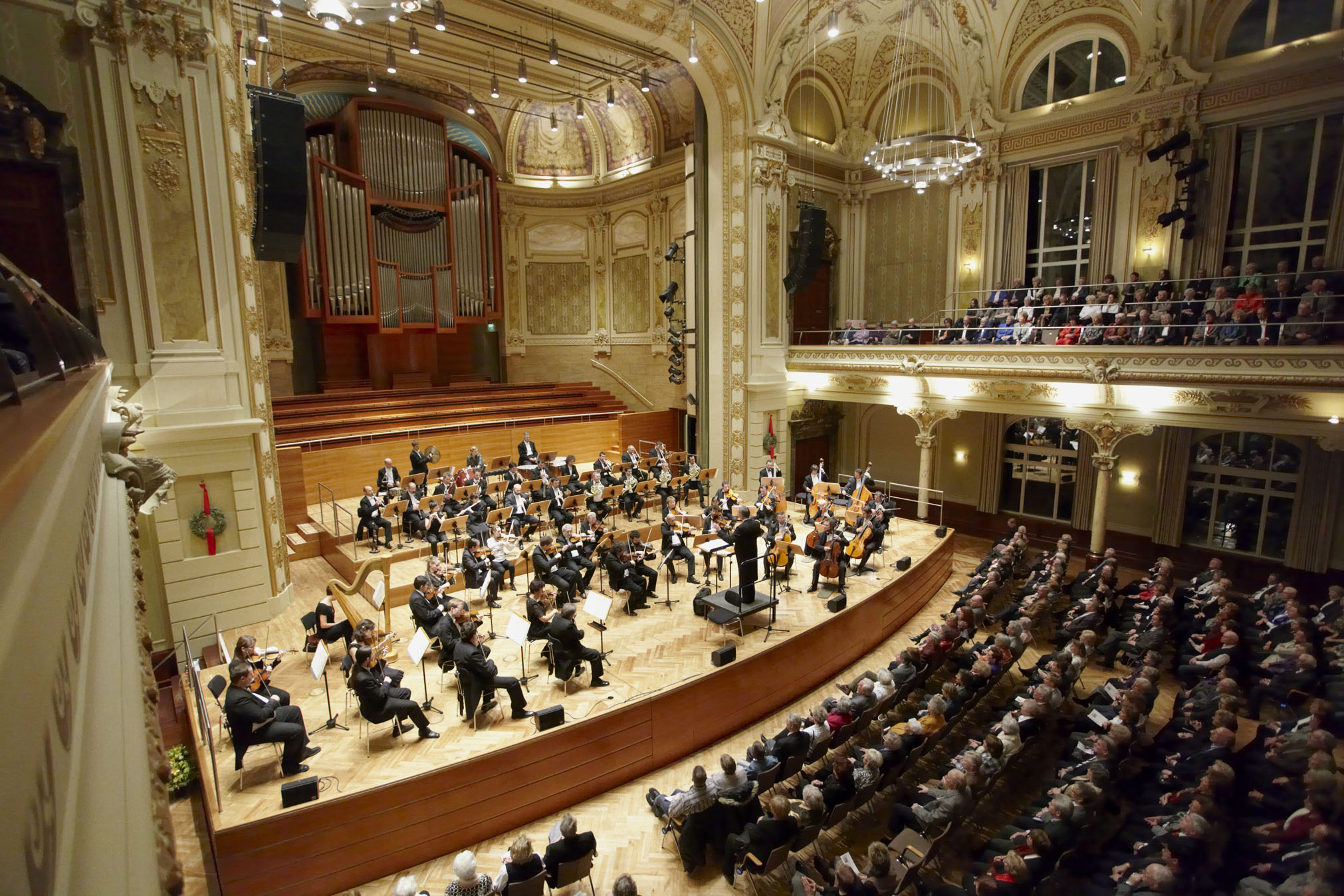