Located in the heart of Transylvania, Tîrgu Mureș is today an important social, economic, artistic and academic centre of Romania. The spiritual life of its inhabitants is richly maintained by important cultural institutions, the State Philharmonic being a true landmark of the Mureş art.

Founded by the Romanian Government in 1950 through the efforts of exceptional musicians such as Zeno Vancea and Kozma Géza, for seven decades the institution has been dedicating its entire activity to supporting all branches of symphonic music in order to educate the taste for beauty of all the inhabitants here. From the beginnings the Philharmonic has had a wonderful, demanding but very warm audience that has always rewarded the efforts made in promoting the true values ​​of the art of sound.

Throughout its existence, the Philharmonic enjoyed the direct and direct support of the Mureș County Council, which provided it with the material and financial basis necessary for the proper functioning of the institution.

The Mures region a  multiethnic, multicultural and multireligious space,  has always been attractive for valuable personalities of the spiritual life.  No wonder world-class musicians such as Pablo Casals, George Enescu, Bartók Béla, Jan Kubelik, Dohnányi Ernő, Carlo Zecchi were influenced by the rich traditions and were always eager to return here and to work with the Mures musicians.

The prestige of the Philharmonic and the ascending route of the seven decades are due to the competence, professionalism and devotion of the musicians of the three artistic groups: Symphony Orchestra, Mixed Choir and String Quartet, groups that through a passionate activity and dedication perform a pretentious, varied, complex and attractive repertoire, of both the universal, local, and contemporary music performed at the highest artistic level.

For more than two and a half decades, the Symphony Orchestra’s permanent conductor had been Masestro Shinya Ozaki of Japan. Famous guest conductors, Franz Lamprecht from Germany and Alexandre Myrat from France, also made an exceptional contribution to the symphonic ensemble.

Starting in 2019, the young Russian conductor Anton Shaburov became the principal guest conductor of the Orchestra We are convinced that in the future other exceptional conductors eager to contribute to the evolution of our valuable symphonic ensemble will enjoy this special status.

The mixed choir, founded in 1956, continues its beautiful artistic path, since 1990 with Vasile Cazan as conductor, excellently assisted by the choir master Sikó Szidónia. The ensemble is constantly enriching its repertoire dowry and the number of vocal-symphonic concerts and a cappella.

It is also gratifying that in 2008 the “Tiberius” String Quartet was established, a state quartet of the Philharmonic and which, in addition to the seasonal concerts, responds to many different prestigious invitations. 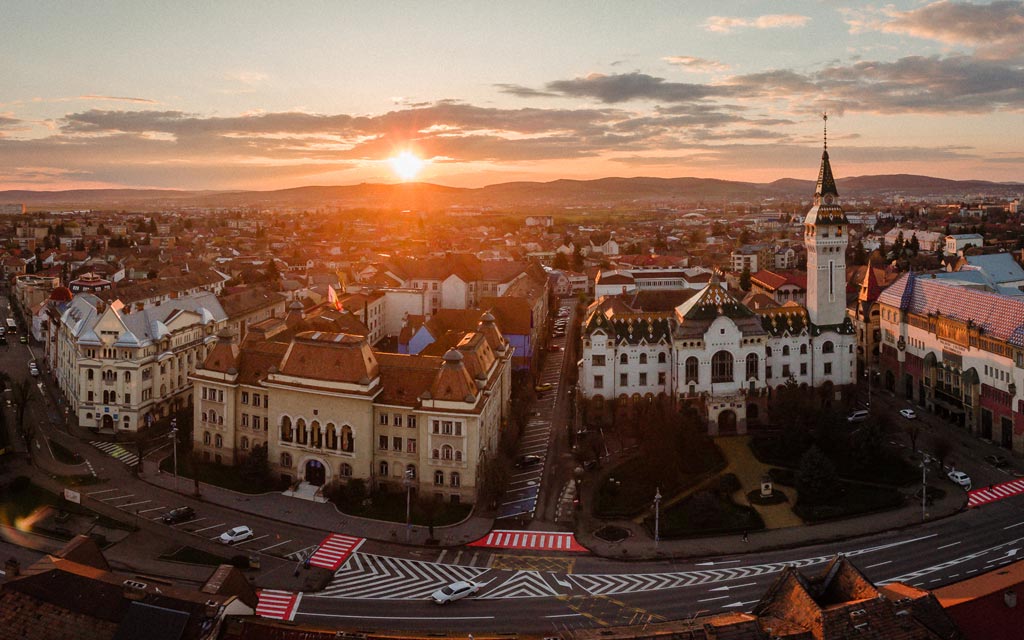